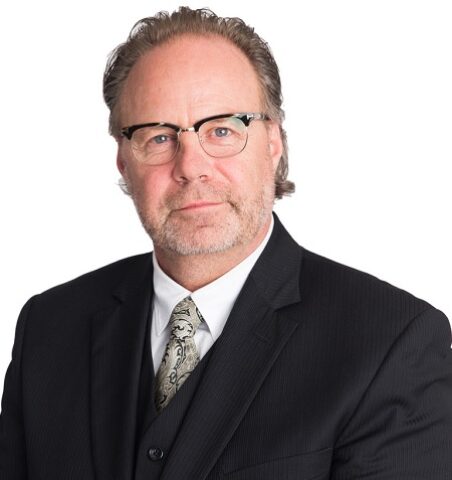 “Financial planning is more than just numbers. To me, it’s the people and dreams behind the figures that matter the most.”

Randy began practicing wealth management in 2001 after recognizing an industry need for simplifying the process.

Randy is best known for having a gift for simplifying the complexities around wealth management. He prides himself on giving every client peace of mind when it comes to questions surrounding their wealth. Through his discovery process and an empathetic ear, Randy enjoys learning about each client’s unique goals while forming a strong client-advisor relationship that will last for years to come.

Randy’s personal philosophy is “sitting at the same side of the table.” This rings true for his approach to every client relationship at The Plan First Team.

Randy is currently a board member of the Sherwood Park Alliance Church which he and his family have attended for almost four decades. Through the international organization, Samaritan’s Purse, he has participated in ‘hands on’ volunteering on a number of missions to South America. Since 2001 Randy and his wife, Terry, have sponsored three children through World Vision and, on a monthly basis, support the We Care Ministry, which distributes lunches and clothing to the homeless in downtown Edmonton. He is also an active member of his local chapter of the Canadian Association of Gift Planners.

Randy and Terry began their lives together in Sherwood Park raising their two sons Bryce, who also works with Randy, and Silas, … and they still enjoy living there today. When not enthusiastically welcoming the company of their grandchildren, Teya, Levi and Parker, they both enjoy skiing, golfing, camping, and fishing.

Every day, clients come to Randy with wealth goals, and he has the pleasure of helping them reach those goals. His approach comes from a place of passion to lead, advise, coach, and enable each client to confidently understand their finances.

Since 1991 Randy Liedtke has guided over 600 individuals, families and business owners with written plans that have reduced their taxes, multiplied their charitable intentions and planned for significantly larger legacies to be left to their families. Randy’s presentations detail the many strategies he has developed to take full advantage of the tax incentives our government has created to encourage philanthropic giving in Canada.