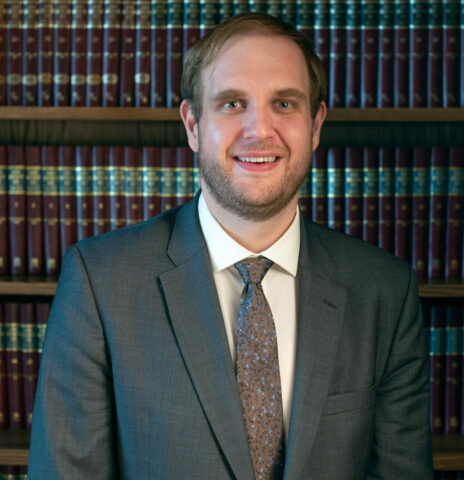 Nick articled with Middlebro’ & Stevens LLP, and returned to the Firm after his call to the bar in 2015. Nick practices in the areas of labour and employment, municipal law, general litigation, wills and estates, corporate law, and real estate. Nick is also a Provincial Offences Prosecutor in several municipalities in Grey-Bruce, various ministries, and other government agencies.

Nick is the Past-President of the Grey County Law Association and the Past-Chair at the United Way of Bruce Grey where he has been a Director since 2014 and is a Director at the Owen Sound & District Chamber of Commerce. When not working he enjoys playing bass guitar, reading, hiking the Bruce Trail, and spending time with his family.

Nick acts for both individuals and corporations offering advice tailored for each client. Nick believes that there is no one solution for each person and will work with you to meet your specific needs and concerns.

Contact Nicholas Lovell about adding a charitable gift to your Will